By consuming electric energy generated from environmentally friendly sources such as small-sized wind farms, photovoltaic solar energy, biomass and small-scale hydroelectric power plants, Comerc Energia clients avoided releasing 4.1 million tons GHG in the last 10 years -- 636 thousand tons in 2019 alone. This is equivalent to a reforestation project with 29 million trees – or an area of approximately 57,000 soccer fields¹. The data come from Sinerconsult, an energy management consulting company which in cooperation with Comerc developed an exclusive methodology based on the GHG Protocol to certify companies using electricity from renewable sources.

Comerc Vice President Marcelo Ávila says the impressive growth in number of certificates issued - from 75 in 2009/2010 to 1965 in 2019 - reflects a shift in the mindset of Brazilian companies, and a greater focus on reducing the overall impacts of their activities. “In addition to the environmental benefits, sourcing electric energy from renewable sources such as small hydroelectric plants, plants using sugarcane bagasse or wind farms has become increasingly viable from an economic point of view. It is an attractive combination, especially when compared to fossil fuel thermal plants, notably more expensive and polluting”.

The executive comments that the creation of the Comerc Sinerconsult Renewable Energy Certificate was a way for Comerc to encourage clients to consume clean energy and, consequently, to contribute to greater environmental awareness in Brazilian society. “Before Comerc - Sinerconsult certificates, our clients did not have an appropriate instrument to measure the result of the investments to reduce their carbon footprint”, says Ávila.

The demand for renewable energy sources is expected to grow even more in coming years. According to the 2019-2029 Decennial Energy Expansion Plan (PDE) developed by the Energy Research Company EPE, the share of solar energy within the Brazilian energy matrix is expected to quadruple, going from 2% to 8%. The growing demand for cleaner energy sources is likely to expand the free market – under current rules, small and medium-sized energy consumers can only contract energy from small-scale renewable sources. In the regulated or captive market, power is generated by a basket of different sources, including thermoelectric plants burning oil, gas, coal, fuel oil and other fossil sources – as well as conventional hydroelectric plants with greater social and environmental impacts, since they require flooding large areas.

Investments in the environmental area likely to gain momentum

The discussion of the possible relationship between pandemics and climate change is not new, but it has gained greater visibility in recent weeks - also in discussions about the outlook for economic recovery after COVID-19. The topic will be focused in the next edition of the report published by IPCC - Intergovernmental Panel on Climate Change, a United Nations body. In Europe, different countries including Germany announced they will prioritize climate protection in their economic recovery plan – the discussion even includes a new target for reducing GHG emissions to be applied throughout the EU.

Fernando Almeida Prado Jr., founder of Sinerconsult and professor at the Polytechnic School of the University of São Paulo (USP), explains that while the mindset will change gradually over time, the first effects of this shift will be seen immediately. "This pandemic has sounded the alarm for environmental issues such as deforestation and greenhouse gas emissions – these problems have been around for years, but are only now receiving the necessary attention”. For the specialist, the impacts on the environment must be observed from a collective point of view: “Climate change is different from a pandemic, where individual countries can adopt isolated measures and close borders. The polluting gases emitted by activities in one country do not hover only over their own territory: they will harm the entire global population when accumulated in the planet's atmosphere. The impact is global, and so should be the commitment to fight it”.

The specialist believes the demand for renewable energy sources will keep growing in coming years. "In addition to having less impact on the environment, energy from renewable sources is also more attractive from a financial point of view". By choosing solar energy, for example, a company can reduce power bills by 20%, in addition to avoiding tons of polluting gases that would otherwise be released into the atmosphere.

* The first certificates were issued in 2011, using combined data for the base years 2009 and 2010.
Starting in 2012, the certificates became annual, using data from the previous year.

Fernando Almeida Prado Jr. is a graduate professor at the Polytechnic School of the University of São Paulo (USP) dedicated to studying the effects of energy use on climate change in Brazil. Together with the Comerc team, he developed the voluntary certification methodology for the company’s customer base - a methodology that has already been the subject of publications at congresses and in international technical magazines. The details are described in a chapter of the book “Green Energy Advances”, by Prof. Almeida Prado Jr. and Comerc Vice President Marcelo Ávila, (available here - in English). The methodology complies with environmental governance practices recommended under the criteria defined in the Paris Agreement, under the tutelage of the United Nations (UN). 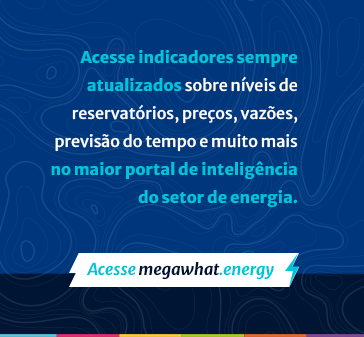